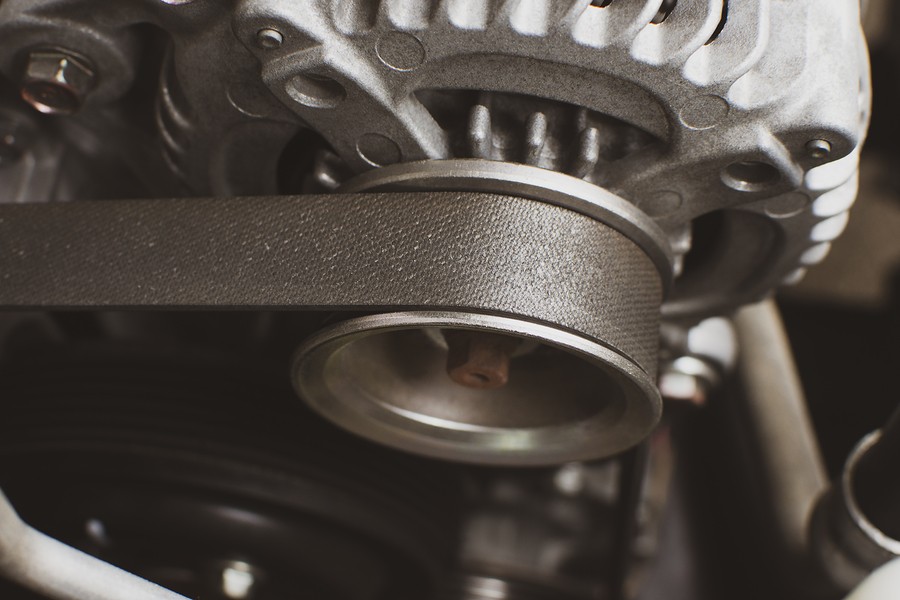 Since the alternator is such an important component of your car’s charging system, diagnosing the issue, testing the system, figuring out the most common problems, and determining a plan to fix the alternator are crucial in maintaining a healthy car and charging system. The average alternator replacement cost ranges from about $500-$1,000, with rebuilding an alternator being a lower-priced option.

First Up – What Is An Alternator?

How Do I Test If My Alternator Isn’t Working?

If the charging system did not pass the test, your mechanic needs to do further tests to see if the problem is the alternator not charging, or if another mechanism is the source of the issue. Some other charging problems can include a drive belt fault or a defective ignition switch. If the drive belt doesn’t work, this means that the alternator won’t be running properly, and it can’t provide a charge.

Signs The Alternator Is Not Charging

There are common signs and symptoms that you should take note of in order to properly diagnose what part of the charging system or alternator you need to replace.

The most common, and the most obvious, sign that there is a problem with your vehicle’s charging system is that a special icon will light up on your dashboard, usually in the symbol of a battery-shaped warning light. The word “CHARGE” might also come on while you are driving your vehicle. Typically, this warning light comes on when you turn the ignition, and then disappears when the engine is started. If it remains lit up, then there is an issue with your charging system, and your alternator might not be charging.

Another sign that your alternator is not charging is that the dash lights and headlights will get lower when your car is idling, but become brighter when you rev your engine. This means that you could have a weak alternator, or a poor connection at the battery terminals. You could also have a loose drive belt, which is what supplies power to the alternator itself. If the drive belt is loose or not working properly, the alternator will not charge.

In other cars, you might hear a noisy alternator bearing and loud noises during use. If your alternator makes a lot of noise, then the belt or pulley are usually the problem. The belt could also be misaligned with the pulley, which means they are not running smoothly and working together. If the noise continues after replacing the belt, then you need to replace the alternator.

In addition, noise from the alternator could be due to a damaged rotor shaft, rectifiers, slip rings, or brushes. You need to be sure to inspect each of these parts in order to determine which one is making the noise. After you determine where the noise is coming from and which part is damaged, you need to get a replacement.

The battery in your car is crucial in many of the electrical components of your car. This process is ongoing while your car is running. When the battery charge is not replenished and is low, you will experience some issues with starting your vehicle.

When you have a problem with the electrical current in your car, the battery is typically the issue. You need to ensure to check your battery so that the alternator can begin charging and working again.

When the alternator is damaged and not working correctly, the car’s engine will crank very slowly and even come to a halt sometimes. In order to figure out if this is the problem, you need to check out the ignition system before making a decision the alternator is at fault. The inability to crank might also be partnered with loud noises coming from under the hood of your vehicle, which is due to a worn-out drive belt.

The alternator plays a huge part in converting currents from the alternator into a direct current. Over time, the diodes within the alternator can run out, and you’ll experience dimming lights. We recommend using a voltmeter to ensure there are no leakages. Fixing the diodes can ensure that your alternator will start charging again.

The Main Reasons Your Alternator Is Not Charging

Batteries don’t last forever, unfortunately. A car battery typically lasts from about 2-5 years, and can vary depending on how often you drive, how far you drive, and the specific climate of where you live. Batteries can generally last for a longer time in colder environments, and have a shorter lifespan in warmer environments. If your battery is nearing the end of its lifetime, then this could be the reason that your alternator is not charging.

When you are observing the radiator system, there are a series of pulleys and belts which work in tandem in order to quickly convert the mechanical energy into electrical energy to power the alternator. The alternator will not be able to charge if your belt wears down over time. Fortunately, the broken belt is easy to replace, and can be a quick fix to get your alternator backup and charging again.

A broken pulley goes hand-in-hand with the broken belt. The pulleys and belts are part of the system which converts energy into the alternator. A pulley can break after a certain amount of use, sometimes through no fault of anyone's, but just because of breakdown over time. If this occurs, the alternator will not be able to provide the charge required for the battery.

Fuses can get damaged when a power surge occurs, or during a long period of time where they wear-out through prolonged use. If this happens, the current can stop flowing to the alternator, preventing the alternator from charging.

Some vehicles do not contain an alternator that is dependent on the fuse for it to run smoothly and correctly. Be sure to check your owner’s manual in your car to see if your vehicle has this specific type of alternator and fuse set-up.

There are various wiring mechanisms that help produce the correct amount of power for an alternator in order for it to charge and stay running. If one wire is disconnected or is damaged, then the power will stop being generated and running to the alternator. As a result, the alternator can’t charge the battery. The only solution is to figure out which wire is damaged and replace or repair the wire.

Should I Replace or Rebuild My Alternator?

Replacing an alternator is going to be much more costly than rebuilding the alternator. Replacing will cost you around $420-$850, which is an expensive fix. When you replace an alternator, it is also recommended to change the drive belt as well. The drive belt won’t add a lot of extra cost, but it will help you save money by saving on labor.

Rebuilding an alternator is much cheaper, even though it takes longer and requires manpower. The only cost you will really have to pay is the removal and installation, which is around $70-$120. After you add in the $80-$150 for the builder's fee, that is still hundreds of dollars less than replacing an alternator. You can also make the decision to rebuild an alternator by yourself at home, even though it takes up a lot of time. This decision is time-consuming, but costs less than $50 for you to do on your own.

What If I Don’t Have The Money Or Time To Replace My Alternator?

If your car is in a damaged condition, it might be the best decision for you financially to neither rebuild or replace your alternator. If you sense other car issues that have spurred from the damaged alternator, then the time and effort to get a replacement might not be worth it for you and your situation.

You should look into turning your car in for junk at CashCarsBuyer for some easy money to put towards your next vehicle. Remove all of the non-metal components from your car, such as audio systems and car seats, so you can sell these parts for extra money. Then, bring your vehicle into CashCars to receive a fair, trustworthy, and accurate quote for selling your car. Earn some quick cash and don’t worry about any alternator replacement fees!